Eikoh Hosoe’s groundbreaking Kamaitachi was originally released in 1969 as a limited-edition photobook of 1,000 copies. A collaboration with Tatsumi Hijikata, the founder of ankoku butoh dance, it documents their visit to a farming village in northern Japan and an improvisational performance made with local villagers, inspired by the legend of kamaitachi, a weasel-like demon who haunts rice fields and slashes people with a sickle. Hosoe photographed Hijikata’s spontaneous interactions with the landscape and the people they encountered. A seductive combination of performance and photography, the two artists enact an personal and symbolic investigation of Japanese society during a time of massive upheaval. 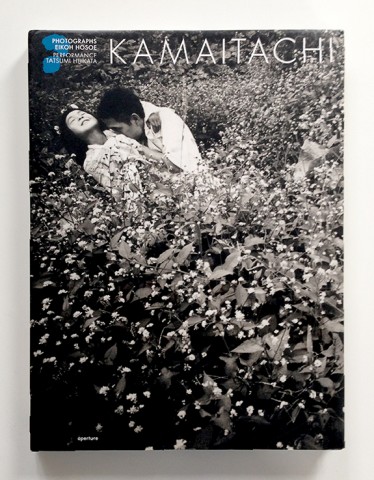